Fifteen most expensive African cities in Q1 2022, find out which country clinched multiple entries on the list.

As consumer goods prices continue to increase spontaneously across Africa, everyone feels the effect. But as is always the case, some people will feel it more than others. This article focuses on the 15 most expensive cities in Africa as of Q1 2022, based on the cost-of-living index, as compiled by Statista.

What is the Cost-of-living Index?

The cost of living index is defined as the total amount it will cost to live in one city compared to another. It contemplates consumer goods prices, cost of rent, cost of healthcare, and other necessary costs. The definition beneath according to Statista describes it best:

It’s important to remember that the cost-of-living index is not static. The last time this matter was discussed was in last December 2021. Addis Ababa had the highest index score. Since then, the top position is now occupied by a different city.

When worldwide events (such as the war in Ukraine) and other global happenings are affecting African economies negatively, it is not surprising to see an increasing uptick in the cost-of-living index scores across the continent. Kampala is 15 on the list, with a cost of living index score of 35.98. Kampala is the capital of Uganda and the largest city in Uganda. The city has a population of 1,680,000 and is divided into the five political divisions of Kampala Central Division, Rubaga Division, Makindye Division, Nakawa Division, and Kawempe Division.

Kampala’s metropolitan area comprises the central city and the neighboring Buikwe District, Mukono District, Mpigi District, Wakiso District, and Luweero District. It has an increasingly growing population estimated at 6,709,900 people in 2019 by the Uganda Bureau of Statistics in areas of 8,451.9 km2 (3,263.3 square miles).

In 2015, this metropolitan area generated an estimated nominal GDP of $13.80221 billion, which was more than half of Uganda’s GDP for that whole year, indicating the significance of Kampala city to Uganda’s economic system.

According to a report, Kampala is among the fastest-growing cities in Africa, with an annual population growth rate of 4.03 percent, City Mayors. Mercer (a New York-based consulting firm) has regularly ranked Kampala as East Africa’s best city to live in, ahead of Nairobi and Kigali.

It outshines many big cities, including New Delhi, Mumbai, Berlin, Glasgow, Jakarta, São Paulo, Doha, Kuwait City, Cape Town, Johannesburg, Rio de Janeiro, Istanbul, Mexico City, and finally, Riyadh. The city of Casablanca is rated among the upcoming International competitors, and it is proven to be the most important financial center in Africa at large.

Before the 2019 population estimates, the city’s total population should be about 3.71 million in the developed areas and more than 4.27 million in other rural areas, making it the most populated city in the Maghreb region and the eighth largest in the Arab world. The town is considered Morocco’s economic and business center, although the national political capital is Rabat. The city of Tangier has a cost of living index score of 36.85. Tangier is a big city in the north-western of Morocco. It dwells on the Moroccan coast at the western entrance to the Strait of Gibraltar, where the Mediterranean Sea joins the Atlantic Ocean off Cape Spartel.

It is believed that Many civilizations and great cultures have affected the city’s history, beginning before the 10th century BCE. Within the period of being a strategic Berber town and then a Phoenician trading center to Morocco’s independence period around the 1950s, Tangier was a nexus for many unique cultures.

In 1923, it was considered to have international status by foreign colonial powers and became a destination for many European and American diplomats, spies, bohemians, writers, and businesspeople.

Lagos has a cost-of-living index score of 37.33. Lagos is the largest city in Nigeria and the second-most populous city in Africa, with a growing population of about 15.3 million as of 2015 within the city proper. Lagos was originally the national capital of Nigeria until December 1991, before the government decided to take the capital to Abuja, the country’s current worth to date.

Lagos metropolitan area has a total population of approximately 23.5 million as of 2018, making it the most extensive metro area in Africa. Lagos is a major financial center in Africa and the economic hub of Lagos State and Nigeria.

Accra is one of the fast-growing west African cities with a 38.74 cost-of-living index score. Accra is the capital and largest city in Ghana, located on the southern coast of the Gulf of Guinea, which is part of the Atlantic Ocean. Accra covers a total surface area of about 225.67 km2 (87.13 sq mi) with an urban population of about 4.2 million as of 2020.

At the same time, the district under the jurisdiction of the Accra Metropolitan Assembly is separated from the rest of the money as the “City of Accra.” In general usage, however, the terms “Accra” and “City of Accra” are used interchangeably. Marrakech has a cost-of-living index score of 39.94. Marrakesh or Marrakech is the fourth largest city in the Kingdom of Morocco. It is one of Morocco’s four Imperial cities and the capital of the Marrakesh-Safi region.

Berber farmers have inhabited the region since Neolithic times. The city was founded in 1070 by Emir Abu Bakr ibn Umar as the imperial capital of the Almoravid Empire. The Almoravids established the first major structures in the city and shaped its layout for centuries to come. Durban is another important city in S.A, and it may not be as popular as most South African cities that have appeared on the list. However, Durban is one of the most populated cities in South Africa after Johannesburg and Cape Town and the biggest city in the South African province of KwaZulu-Natal.

Durban makes up part of the eThekwini Metropolitan Municipality, which includes neighboring towns and has a population of about 3.44 million, forming the joint municipality, one of the biggest cities on the Indian Ocean coast of the African continent.

The city was also one of the cities that hosted the FIFA World Cup in 2010. Durban was formerly known as Port Natal due to its position as the principal seaport of South Africa and its location on the Natal Bay of the Indian Ocean. Durban is an enormously ethnically diverse city with large Zulu, White, and Asian populations.

Cape Town has a cost-of-living index score of 40.98. The Globalization and World Cities Research Network ranks the town as a “Beta world” city. The city is known for its harbor, simple and natural setting in the Cape Floristic Region, and landmarks such as the Mountains and Cape Points.

Cape Town’s population consists of 66% the Westhernians. In 2014, Cape Town was tagged the best place in the world to visit by The New York Times and The Daily Telegraph. 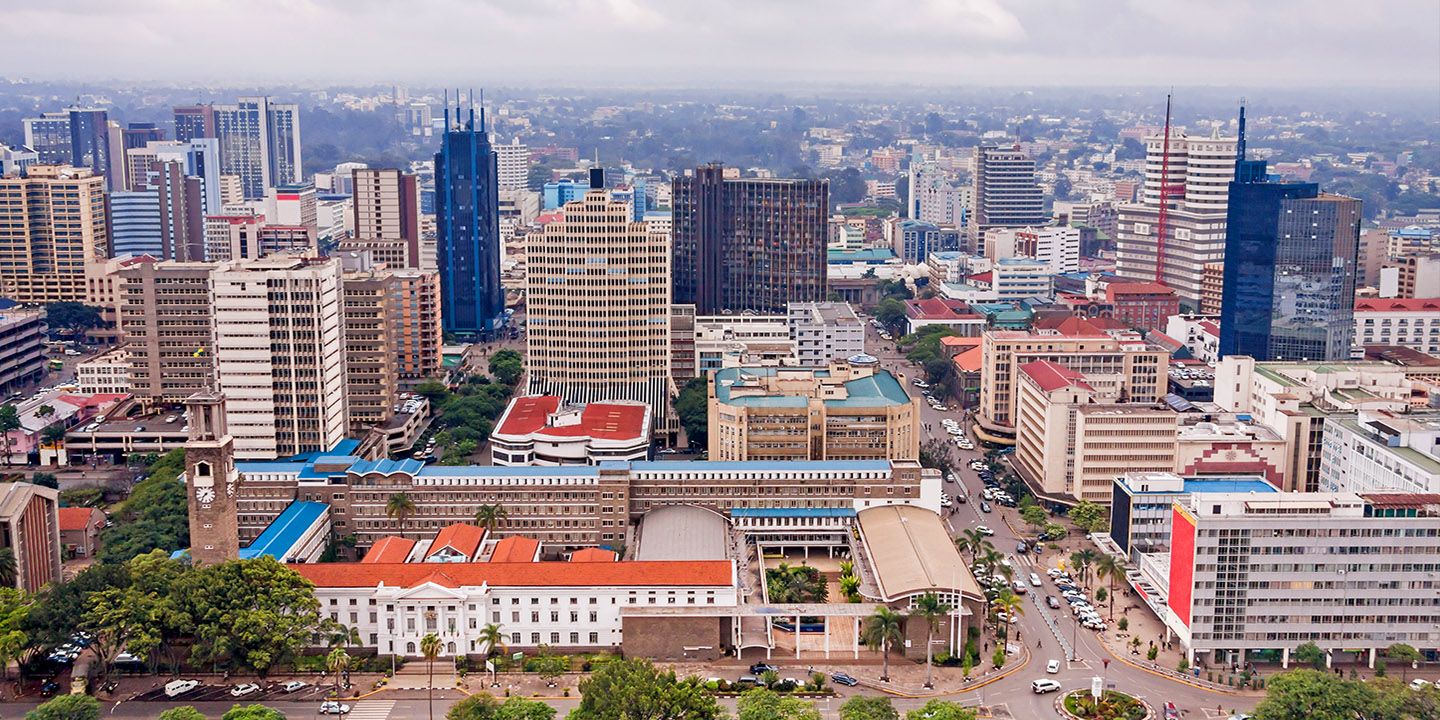 Gaborone is one of the oldest and biggest cities in Botswana and has a cost-of-living index score of 42.7. Gaborone is the capital city of Botswana. The city of Gaborone was named after Chief Gaborone of the Tlokwa tribe, who once controlled land nearby. Because it had no tribal relationship and was close to clean water, the city of Botswana was originally planned to be the capital in the mid-1960s when the Bechuanaland Protectorate became an independent nation.

The city’s center is a long strip of commercial businesses called “Main Mall,” it has a semicircle-shaped area of government offices to its east. Gaborone was once one of the fastest-growing cities in the world, which has brought many problems with housing and illegal settlements of people. The city has also faced conflicts spilling into the country from Zimbabwe and South Africa during the 1980s.

Pretoria is also an African city with a high cost-of-living index score of 42.76. Pretoria is one of South Africa’s three capital cities, serving as the seat of the executive arms of government and as the host to all foreign embassies in South Africa. Cape Town is the legislative capital, and Bloemfontein is the judicial capital.

Pretoria straddles the Apies River and extends eastward into the foothills of the Magaliesberg mountains. It has a reputation as an academic city and center of research, and where the Tshwane University of Technology (TUT), the University of South Africa (UNISA), the Council for Scientific and Industrial Research (CSIR), the University of Pretoria (UP) and the Human Sciences Research Council are all located.

It also houses the National Research Foundation and the South African Bureau of Standards. Pretoria was one of the hosting cities of the FIFA World Cup 2010.

Johannesburg has a cost of living index score of 44.87. Johannesburg, informally known as Jozi, Joburg, or “The City of Gold,” is the largest city in South Africa, classified as a megacity, and is one of the 100 largest urban areas in the world. According to Demographia, the Johannesburg-Pretoria urban area (combined because of solid transport links that make commuting feasible) is the 26th-largest globally, with 14,167,000 inhabitants.

It is the provincial capital and largest city of Gauteng, the richest province in South Africa. Johannesburg is the seat of the Constitutional Court, the highest court in South Africa. Most major South African companies and banks have head offices in Johannesburg. The city is in the mineral-rich Witwatersrand range of hills and is the center of the large-scale gold and diamond trade. It was also one of the host cities of the official tournament of the FIFA World Cup 2010. Situated in north-eastern Zimbabwe in the country’s Mashonaland region, Harare is a metropolitan province that also incorporates the municipalities of Chitungwiza and Epworth. The city sits on a plateau at an elevation of 1,483 meters (4,865 feet) above sea level, and its climate falls into the subtropical highland category.

Abidjan is the capital city of the Ivory Coast and has a cost-of-living index score of 47.06. Abidjan was the capital from 1933 until 1983. It remains the biggest and most important city in Cote d’Ivoire. With a total population of around 4,000,000 people, it is the second-largest city in West Africa after Lagos, and it has historically been the economic power base of the region.

Following the death of long-term president-for-life Felix Houphouët Boigny in 1993, the fortunes of Abidjan changed a greatly, and successive Coup d’etat in Cote d’Ivoire caused a massive exodus of the foreigners living there. Despite the current political issues in Cote d’Ivoire, Abidjan remains the country’s economic and de facto capital. Even after everything that’s happened, it still boasts a large selection of restaurants, hotels, sites, and other reasons to visit.

The median after-tax salary is $195, which is enough to cover living expenses for 0.3 months. Ranked 6820th (TOP 73%) in the list of best places to live in the world and 1st best city to live in Ethiopia. With an estimated population of 3.04M, Addis Ababa is the 1st largest city in Ethiopia.

Why living in Addis Ababa costs 3.6 times more than the average salary is Because it is also a developed country and has adopted the lifestyles of some developed countries. The median after-tax salary is $486, which is enough to cover living expenses for 0.4 months. Ranked 5962nd (TOP 64%) in the list of best places to live in the world and 1st best city to live in Senegal. With an estimated population of 1.15M, Dakar is the 1st largest city in Senegal.

Living in Dakar is expensive because they have a developed country lifestyle as a reference. In some least developed countries maintaining such a standard of living is costly and challenging. Thus, living costs in Dakar for locals and experts differ significantly.

You may also like to read our recent article, See The Forbes 30 Under 30 List Released on Saturday, June 4th