Born on 26 February 1993 in Grosse Pointe, Michigan, USA, Taylor Dooley is a professional American model, TV personality, Social media influencer, and actress well-known for her role as Lavagirl in the movie The Adventures of Sharkboy and Lavagirl with Taylor Lautner. She is also recognized for her brilliant comedic timing and acting skills and has appeared in other prominent projects during her career, including a guest role in House, MD.

Taylor Dooley was born and raised in the United States by her biological parents, John Dooley and Debbie Dooley, and alongside her brother Drew Dooley. She schooled at Valencia High School. Taylor started with learning the nuances of acting at the age of 9 because of her interest in show business. Although her family has no connections with the entertainment world, Taylor grew up aspiring to make it big in show business. Her family relocated to Arizona; there, she studied at the Phoenix Theatre and became a part of the Phoenix Theatre acting group, where she displayed her acting skills while she followed the group as they toured.

She is living a conserved life due to her focus on acting; she decided to take time off, return to school, and take a psychology course shortly after enrolling. A study she picked because she found the system to be corresponding and suitable with her acting career.

She also took some time to develop her skills further, and finalized a course at the Lee Strasberg Theater and Film Institute, known for teaching Lee Strasberg’s form of acting, known as method acting; it’s known to have developed a lot of distinguished alumni. She also worked with the well-known acting coach Ivana Chubbuck, including Cameron Thor and Leigh Kilton Smith.

Determined to succeed as an actress, and at a very young age, Taylor shared her dream with her brother and parents, which they helped her achieve by encouraging her to participate in beauty pageants of which she won some and to her signing a modeling contract at a young age, which earned her popularity in her locality.

Set to take the next step, she improved on her singing, dancing, and acting skills, she also toured the country with the Phoenix players. Dooley came up with more commercials and modeling projects over the years. But her opportunities were however limited in Arizona, her family relocated to Los Angeles where she should access better opportunities.

However, a decision that was taken by her father to help grow his business happened to turn out to be very beneficial for Taylor as she became a step closer to realizing her dream of ascertaining a career in Hollywood when her parents decided to relocate to Los Angeles. Although she was still a kid by then, this gave her more room for auditioning and different roles for films and TV. In the long run, she got selected to play a pivotal role in The Adventures of Sharkboy and Lavagirl in the mid-2000s, which turned out to be the film that increased her fame in the entertainment world. After the film’s release, she was flooded with many more offers, but she carefully chose her roles which earned her a commendable title, Beauty with Brains.

Taylor Dooley, alongside her brother Drew Dooley, was brought up by her loving parents, John Dooley and Debbie Dooley. Her father, John Dooley, is a businessman, and her mom Debbie Dooley a housewife. Her parents are biracial, therefore making her have a rich historical background.

Her dad hails from a family of Irish, German, mixed with English, and Sioux Indian and her mom has genes from her Belgian, English, and German family background. Although her family had no links to the entertainment industry, Taylor grew up dreaming of making it big in the show business. An aspiration that her family welcomed and played roles in helping her achieve.

She got married to Justin Cassotta when she was 21 years old. She started a relationship with Justin Cassotta in 2010, and they were together for four years before announcing their engagement in 2014. They got married two years later, after their meeting. The couple has two children together. However, some believe that her early marriage may have impeded her career direction, as her busy family life may be why she played lesser roles in the industry. That notwithstanding, she admits that she is living a comfortable and relaxed life. She still maintains her close friendship with Taylor Lautner, who played Sharkboy. 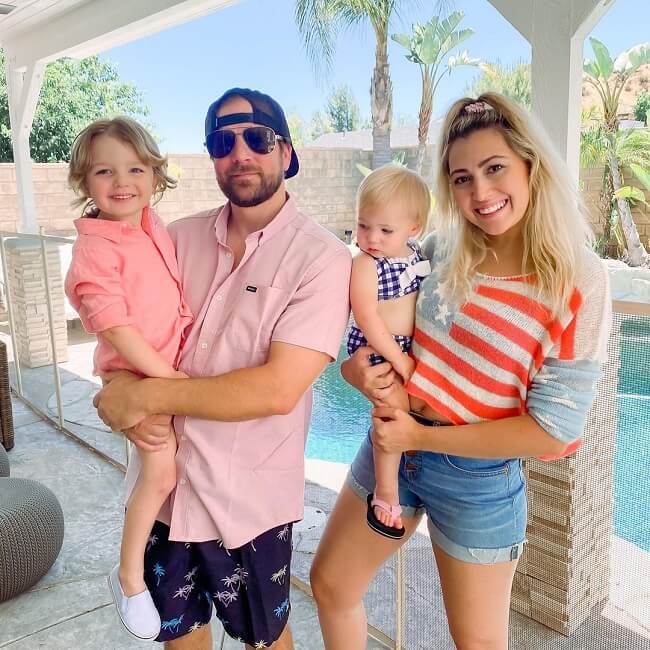 Taylor Dooley is back on the screen, repeatedly reprising that breakout role for Rodriguez’s new fantasy adventure movie, We Can Be Heroes.

Taylor Dooley’s net worth is over $3 million, earned mainly through a successful career in acting. While she continues to be active in the profession, she has also taken up fewer projects over the years and could have another primary stream of income that she has kept out of the media space.

Taylor Dooley picked interest in show business from a young age, with her parent’s support and involvement she has made headway in the entertainment industry. The beautiful, successful American actress has come to be one of Hollywood’s best as she continues to display her brilliant acting skills.

Also, read our latest articles:
– 10 Cryptocurrencies to invest in besides Bitcoin (2022 update)
– How has the internet changed horse racing and gambling?
– 10 home remedies that can help you get rid of bad breath.