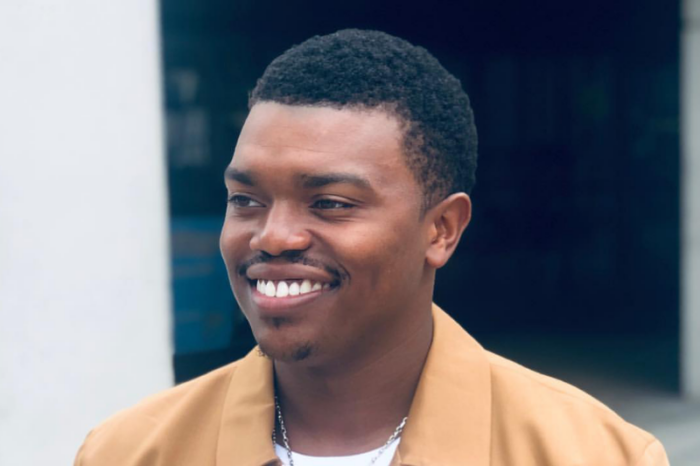 Marc John Jefferies, also known as Marc John, is an American actor, voice actor, and comedian. Fans mostly recognize him for his roles in films including Get Rich or Die Tryin, Brown Sugar, Losing Isaiah, Notorious, Stuart Little 2, and Power. He is also infamous for his recurring role in The Tracy Morgan Show as Derrick Mitchell.

For Disney, he rendered distinguished service as an additional voice in Disney•Pixar’s Monsters, Inc. and Finding Nemo, and in the 2003 film The Haunted Mansion, John appeared as Michael Evers. Marc John was born in the USA, on 16 May 1990, under the zodiac sign of Taurus, and he holds American nationality. His acting career brought him to the limelight, particularly his roles in Getting Rich or Die Trying and Stuart Little 2.

Marc John Jefferies spent his entire childhood with his parents in New York. Marc is nonetheless very respectful regarding his parent’s privacy and hasn’t shared any information about his parents with the media. Marc John has not revealed details about his education, so we do not know the elementary or high school he attended.

However, he resolved to entirely focus on his acting career after finishing at a local high school in New York. Marc did not enroll in college.

Marc started his acting career as a child actor in 1995 when he played the lead role in a movie titled Losing Isaiah. He appeared in the film Stuart Little 2, Brown Sugar, and Friday After Next five years later. By 2003, Marc had his first voice role in the animation movie Finding Nemo. He appeared in the film Charlie’s Angels: Full Throttle and The Haunted Mansion.

Within three years, spanning from 2004-to 2006, Marc appeared in three movies respectively, Keeping Up with the Steins, Spiderman 2, and Get Rich or Die Tryin, after which he took a three-year-long break off the camera. By 2009, he won a role and appeared as Lil’ Cease in Notorious. After that, in 2015, he played Bunch in Brotherly Love, in 2016 as Wes in Nerve, and in 2017 as Carlton in Chocolate City: Vegas Strip, which turned out to be his latest role.

Marc has also appeared in Television series. He had his first debut TV series appearance in 1995 when he played Kevin Wolfred in the detective series New York Undercover. In 1997 Marc appeared in Cosby and Homicide: Life on the Street and Trinity in 1998.

In 2000 he starred in the movies The Practice, Third Watch, and Stuart Little in 2001, 2002, and 2003, respectively. He also received an invitation to play Derrick Mitchell in The Tracy Morgan Show in 2003 before getting the role of Young Green in Justice League Unlimited in 2004. Also, He appeared in the animated sitcom Fatherhood and Dexter in 2008.

Marc John Jefferies was born in 1990 and is presently 32 years old this 2022. He has not revealed details about his parents or about having any siblings. However, he disclosed that he has a younger sister named LaShawn Tinah Jefferies.

Marc’s parents contributed big time to his career and lifestyle by helping him become a child model and actor at the age of five. Even though Marc never chose acting as a career and lifestyle for himself, he is now love stuck to acting and has chosen it as a full-time job and a career.

As a very secretive person, Marc John Jefferies is numbered among the most secretive celebrities in the film industry as he hasn’t revealed any detail regarding his love life. Some people believe that the famous actor might be gay – following the fact that he rarely talks about girls and is seldom seen in their company.

However, he has also yet to comment; therefore, there is no information about his sexual orientation. Furthermore, the media have carried rumors that Marc is currently in a relationship with an actress with whom he worked in 2015 on the set of the Law and Order: Special Victims Unit.

However, both Marc and the lady in question have not commented on these rumors. Therefore judging by Marc’s media space, he is currently single and has no kids.

Marc John Jefferies is active on several social media platforms, which are relatively necessary and expected due to his career line. In January 2014, he launched his official Twitter account @marcjohnj.  Since then, he has amassed over 12K followers, having posted tweets more than 1,000 times, while he is a bit more popular on Instagram @marcjohn and has gathered about 95K followers.

He is @marcjohn and is currently running a Facebook page, which recently counted about 600 people following him. Marc also owns a website where he makes available movies and TV series he has appeared in and his bio and interviews.

Marc John Jefferies has not just made a name for himself. He has also earned himself a fortune from the film industry, has accumulated over $600,000, and still has his network on a steady rise, thanks to his acting career. Marc also posts photos to advertise for other fashion brands, which means more earnings for the young American actor.

Spanning through the time Marc started at the age of five up till date, the young actor has kept on a steady push focused mainly on his acting career. However, aside from acting, Marc plans to venture into modeling in the nearest future. He isn’t a fan of traveling but has visited states in the US and Europe sometime in 2020.

One can see that Marc John Jefferies’ parents played a very excellent path in helping him become who and what the world knows him for, while Marc, on his part, has done outstanding work focusing on his acting career up to date. However, fans are still looking for more of his expertise roles.

7 thoughts on “Who is Marc John Jefferies? His Net Worth, Movies, Girlfriend and Achievements”