Shannon Schotter made it to the spotlight as the celebrity partner of Julio Macias, who is famous for his role in the movie On My Block. Viewers and fans were fascinated by his outstanding performance on the screen, and they were interested and keen on his personal life outside of the camera. Fans are even keener about his relationship and marriage life, and like every other celebrity out there, his relationship life is the most significant curiosity for his fans. Julio and Shannon are doing quite well with their profession and careers. Let us delve into their personal lives.

Although her exact date of birth is unknown, she revealed that she began learning makeup when Shannon was eight years old, plus she has more than ten years of experience in the skin beauty industry. It is assumed that she might be between 29-35 years. There is little or no information about her early life or even her education. 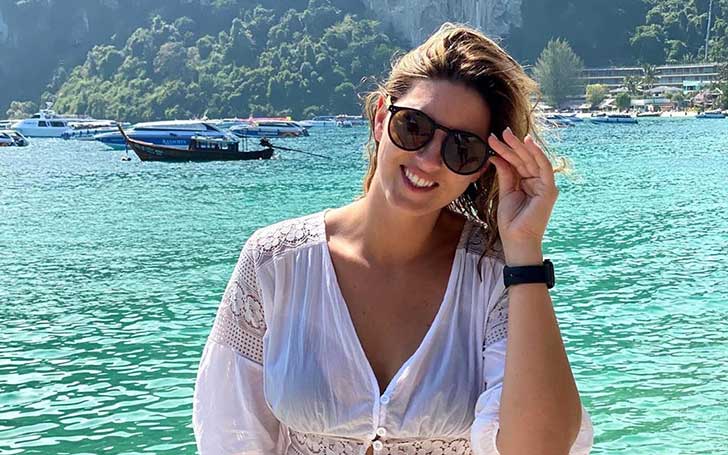 She started as a freelance makeup artist in television, commercial, music videos, and films for a long time. She proceeded to a MUD to enhance her injury F.X., makeup, and prosthetic applications. Shannon also owns a cosmetology license. She has also worked alongside many celebrities and artists like Kathryn Hahn, Keegan Michael Key, Danny Trejo. Her works are centered on red carpet events, freelance photoshoots, and bridal creations.

She has her website where she posts her works, booking details, etc. Shannon started doing makeup for artists in movies from the short film The Show Must Go On. She worked with a short film Bad A-s Bikers; she also worked in the T.V. series Christina in 2012; and in 2013, offers started pouring in from short movies and T.V. series, including Only in L.A., Chastity Bites, iSpy, and Cupid is full of s--t, etc. Shannon also worked as an assistant makeup artist in Small Shots in 2017 and 2019, and she worked for Neurotica. Shannon is also the personal artist and stylist for celebrities like Diego Tinoco, Chrissi Fit, Lachlan Watson, and Maries Garcia.

She has also appeared in various projects. She featured in the short movie in 2014, Blazed to the Future II as a girl in boots; in the same year, she appeared in Voodoo Possession as Young Bree. She has also worked behind the camera in short movies; she became a producer, thereby co-producing Blazed to the Future in 2013. In 2014, she co-produced the second edition of the movie; she also featured in the film. She also produced Processing, and since then, she has not been involved in any television movie or project.

Julio Macias is a Mexican actor born on 20 March 1990, mostly known for his role in the Netflix series On My Block. He grew up in the United States and attended the University of California, after which he proceeded to the Square Theatre School to improve his acting skills. His father founded a dubbing company in Mexico City.

Julio started his acting career as a voice actor in his parent’s company, and in 2014, he appeared in the T.V. series La Vida Es Como El Cine. He also worked in movies like Game Shakers, Por Safia, Jane the Virgin, Blazed to the Future ii, Obsidian, The Visit, and Deliciosa Sinverguenzas. Julio got into the limelight after playing the role of Oscar in the T.V. show On My Block. Also, he acted the part of Pete in the Selena series on Netflix alongside other movie stars like Seidy Lopez, Ricardo Antonio, Chavira, and Noemi Gonzalez. Julio established his own movie company in 2013 called BlankFilms, alongside Alfreda Ibarra, a producer and director. BlankFilms has collaborated with Universal Music and Sony Music to create media content.

Julio Macias and Shannon Schotter started dating when they were young, and during an interview with Hollywood, Julio mentioned that Shannon grew up in Orange Country. On 27 November 2015, Shannon posted a photo with the caption, “Every day I’m thankful for four years of adventures together.” The duo tied the knot on 15 July 2018.

She is not discreet about her relationship with Julio Macias, as she consistently posts videos and pictures captured in moments of their tours and trips across the country.

Julio’s (Spooky) fate in On My Block

The T.V. show On My Block premiered its final season on 4 October 2021. Julio Macias acted in the role of Oscar, also known as Spooky, who unknown shooters shot in the fifth episode of its final season. Viewers were shocked by the unexpected turn of events; however, the show ended in 2021

Shannon is active on Instagram @shannonschotter with 6k followers. She is a hairstylist, makeup artist, and F.X. artist who shares her works on her I.G. account with her fans on her bio. She also shares photos of her trip with her boyfriend, including tips and tricks for makeup.

Her husband, Julio Macias, is active on Instagram @ajuliomacias with over a million followers; he uploads photos of himself and his crew on set. He is also active on Twitter, with over 97k followers.

Julio has accrued a lot of wealth from shows and movies. He has an approximated net worth of $1 million, while his wife, Shannon, has an estimated $2 million-$5 million. The total she has acquired from her career in the makeup industry, appearances in movies, and work as a producer of movies.

Julio Macias and Shannon Schotter do have an enviable relationship. Their courtship and relationship lasted for over a decade before they finally tied the knot. We are sure that they encountered challenges that would have ended their relationship. This is common in so many celebrities’ cases, but they keep holding on because love is powerful. We see them constantly snapping photos and creating memories while still focusing on their careers. We wish them all the best they desire in life.

9 thoughts on “Who is famous actor, Julio Macias wife? Everything you need to know about Shannon Schotter”