Born 2 April 1981, Bethany Joy Lenz is an American actress, filmmaker, and singer-songwriter. She is famous for acting as Haley James Scott in One Tree Hill’s TV drama. She served in this drama for over a decade and shared an on-screen romance with actor James Laferty. She was also featured as Michelle Bauer Santos in the Soap Opera Guiding Light and is renowned for her music as a solo artist and member of the Everly band.

Bethany Lenz was born is the only child of Robert George Lenz, a therapist and history teacher, and Catherine Malcolm Shepard, an entrepreneur, and personnel manager. She is of Scottish, Australian (her paternal side), Irish and German descent. She has a lineage that trails back to the Scottish King, Malcolm. Her grandfather George Lenz was on the Broadway stage in the 1950s, performing in musicals South Pacific, Wish You Were Here, and many others.

Following her grandfather’s footsteps, she began singing at age three at The Carpenter’s Church in Florida. At the age of seven, her family relocated to Texas, where she attended Pope Elementary. She also enrolled in a Creative Arts Theater and School, where she took jazz, dance, theater, and acting classes. She went to a private school in Passaic Country, Northern New Jersey, named Eastern Christian High School. 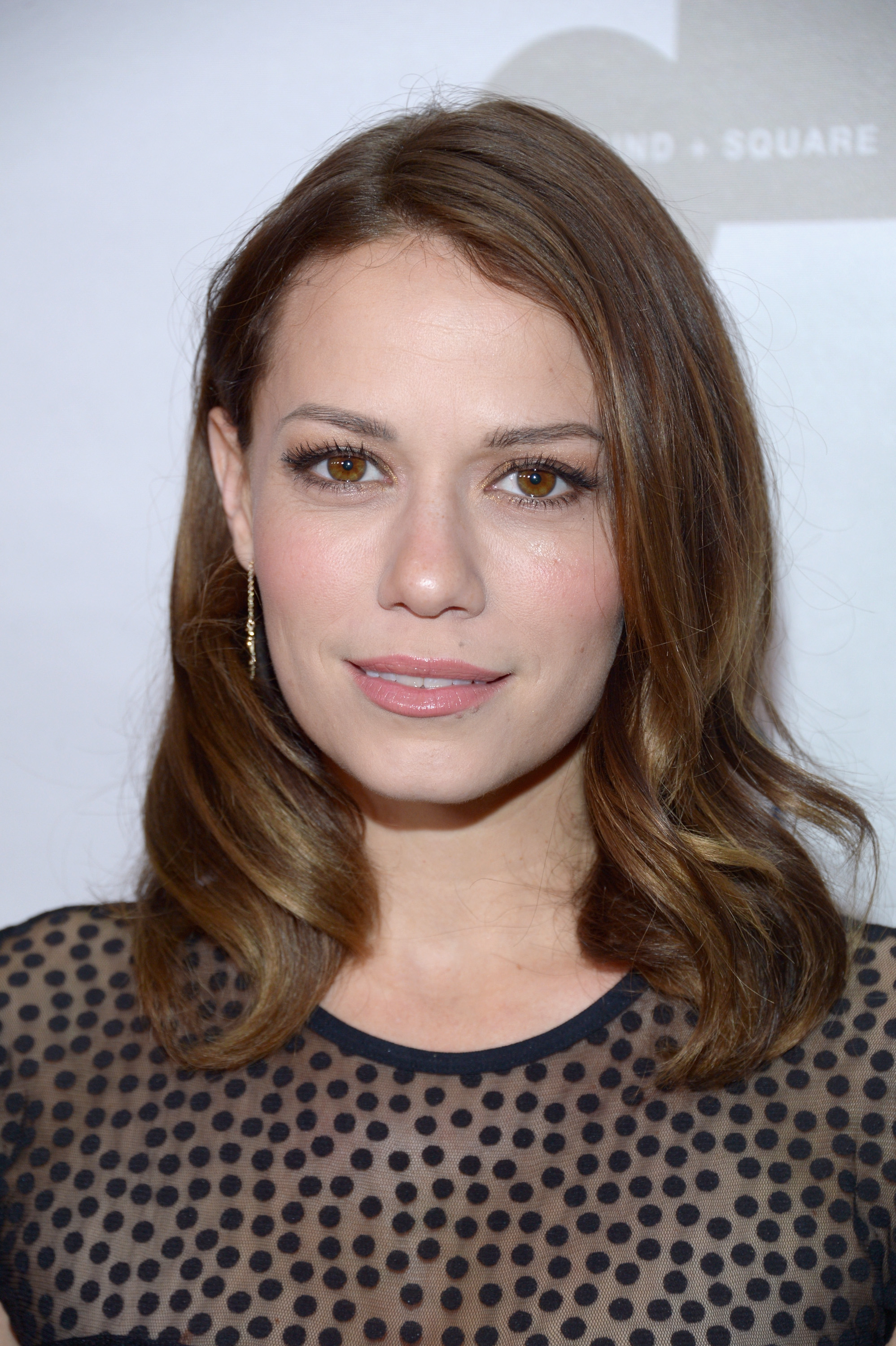 Bethany got her first professional job in a commercial for dolls from the drama series Swans Crossing. After which, she continued her search for jobs as an actress. When Lenz was in her second year in High School, Lenz played Linda Halleck’s role in Stephen King’s Thinner. After which, she featured in several commercials and films and performed in regional theatre until she was selected to play a role in Guiding Light.

When she was seventeen, Bethany acted the teenage counterpart of Reva Shayne on the Soap Opera Guiding Light for nine episodes. Her excellence earned her commendable reviews from critics, viewers, and executives. Lenz was eventually recast as Michelle Bauer Santos after Rebecca Budig’s exit.

Lenz moved to Los Angeles from New York at the end of her two-year contract with Guiding Light. In 2002, she featured in Bring It On Again as Marni Potts.

Lenz was cast in the TV series One Tree Hill when she was 22. She initially auditioned for the roles of Haley James and Brooke Davis, but she got the part of Haley James, the admirable girl-next-door, who was intimate friends with Lucas Scott. During her time in the movie, she was offered the role of Belle in Beauty and the Beast, which she turned down due to conflicts in her schedule. The show ended in April 2012.

In September 2013, Lenz played the role of Lauren Byrd on the songbird for E! The show portrayed Lauren as a prodigy songwriter who hires staff alongside her sister to manage and enable her weird yet successful process. Production began in January 2014 in New York City City, but E! rejected the show.

In 2015, she played the role of Zoe in the Shonda Rhimes drama, The Catch. On 18 May 2015, Lenz disclosed that she was replaced. In her words, “Looks like they need a different type for Zoe, so I’ll be replaced,” she still urged her friends to continue watching the show.

In 2016, Bethany featured in her friend’s (Kristin) short movie Grace. She also featured in two episodes of Season 3 of Agents of SHIELD. She featured in the new drama American Gothic as the character, April. In 2021, Lenz started a Podcast with Hilarie Burton, and Sophia Bush titled Drama Queens.

After Bethany’s exit from Guiding Light, she continued her career in music. She plays piano guitar and writes her music. Her first album, titled Preincarnate, was released in October 2002. She worked under Director Garry Marshall and musician Carole King on a piece adapted from Happy Days. Bethany Lenz released her first Christmas album, titled Snow, produced by Mike Bundlie. Her song featured her daughter Maria in her song Listen.

In an interview with Shine on Media in 2013, Bethany stated that she was meeting with long-time friend Jeff Cohen, a music producer, to record an album. In May 2013, she tweeted a photo of the studio, and the caption read: “Recording new music in #Nashville with old pal Jeff Cohen! #LeavingTownAlive #CrazyGirls”

In July 2013, during an interview with Mary Ann Albright, Bethany shared her plans for her music career. She planned on releasing her first full-length album in the nearest future titled Your Woman as an autonomous release on her blog site. In her words, “The best way I can describe this album is Patsy Cline meets Paula Cole meets Sam Cooke.”

In August 2013, she released Please on vibedeck and iTunes as Bette (another musical name, although she didn’t use it more than once). Her fans celebrated the song after she performed it on “Rock the Schools Concert” in 2012. In 2014, she released Calamity Jane on iTunes.

After watching the film The Notebook and reading Nicholas Sparks’ novel bearing the same name, Bethany found herself singing songs centered around the story’s characters. After a few weeks, she decided to pen it down and took the idea to her producer Ron Aniello, after which they formed Galeotti and Aniello Productions immediately. In December, Bethany disclosed some details about her upcoming musical project with her producer on her website bethanyjoylenz.com. After concluding the libretto, she gave it to a close friend of the Sparks, who handed it over to Nicholas, who loved it, and Bethany obtained the rights to the musical project.

In response to the fundraising for the charity organization Love146 in November 2020, Lenz’s Twitter followers raised more than $2,000 in one day. She released the song Troublesome Tongue, featuring Noah’s friends with his father explaining Noah’s childhood stutter to his new love, Allie (Lenz played the role of Allie).

Bethany Lenz is a human rights activist and passionately speaks about it on her social media handles. She was involved in raising funds for Love146, a non-profit organization that aims at ending child trafficking and exploitation. She is also associated with the anti-addiction, anti-depression non-profit cause To Write Love on Her Arms and children’s literacy initiative titled Reading is Fundamental. She is a selfless woman who does not hold back; instead, she gives back to society in her capacity.

In November 2014, Bethany generated a fundraising page for her new EP, which production kick-started in December. Fans also donated enough cash for the charity STOP THE TRAFFICK. The project Get Back to Gold was released on iTunes and Amazon, a sneak peek for her new album.

Her Movies and TV Shows

Her father, Robert George Lenz, was a therapist and history teacher, while her mom Cathie worked as a personnel manager and entrepreneur. Lenz has a stepsister, Candace, and a stepbrother, Sam.

She got married to the love of her life, Michael Galeotti, on 31 December 2005 and gave birth to a baby girl on 23 February 2011. She announced that she would be divorcing her husband in March 2012. The famous actress loves to keep her personal life under the sheets; she didn’t give reasons for the split between her husband and her.

She wrote: “We remain friendly and dedicated to raising our beautiful girl in love, and we appreciate your prayers and support during this difficult time.” She and her daughter reside in Los Angeles, California. After the divorce, Bethany Lenz started dating famous Actor Josh Kelly.

Michael Galeotti was a keyboardist and musician in the rock band Enation that was formed in 2014 in Washington. He had lots of health problems before his death. He was diagnosed with hypertension, diverticulitis, and high blood cholesterol, and was admitted to the hospital, the doctors performed surgery on him and a few days later he requested to be discharged. The following week, nobody saw him, neither was he picking calls nor returning them. One of his friends decided to pay him a visit, he found him dead on 11 January 2016. An autopsy was carried out, he died of atherosclerotic heart disease.

Michael was married to Bethany Joy Lenz for seven years. The duo met and married a month after. After six years, they welcomed their daughter Maria Rose Galeotti, but soon after the childbirth, they began to have issues which they could not reconcile, they divorced, however, they remained friends for the sake of their daughter. Bethany started singing professionally when she was young. At the age of three, she began singing at Carpenter’s Church, Florida. She also enjoyed acting from a young age and at age seven, she work in the production of The Wonderful Wizard.

There are rumors that Lenz is dating a popular actor, Josh Kelly, although she has not officially admitted that they are dating, pictures of the duo are seen on their social media. Also, a reunion of One Tree Hill stars will be happening in an upcoming episode of Sophia Bush’s new medical drama series GoodSam!

Lenz has been active in the film industry for almost thirty decades. Through proceeds from her career as an actress, filmmaker, and singer-songwriter, she has amassed enormous wealth, estimated to be about $3.5 million approximately.

Bethany Joy Lenz is a multi-talented and multi-dimensional woman who was not only a singer, but an actress, movie producer, and one who was actively involved in helping the people around her. She is a role model and a source of inspiration to everyone that reads her profile.

Also, read our latest articles:
– Roundup of the week- Davido’s orphanage donation, Teen Wolf Movie, Kanye West’s IG outbursts and more
– Is Catch Me If You Can album Adekunle Gold’s magnum opus or can he pull another rabbit out of his hat?
– My weekend watchlist – Uncharted, Death on the Nile, The Secret of Lulu, Peacemaker and more