Valentine Michael Mason, also known as Michael Brunner, was son of Charles Manson — a well-known serial killer. Manson was involved in several murder cases, often being the murderer himself. Also, he was the head of the Mason family, famous for their murderous act and series of killings. The group was responsible for a string of murders steering the arrest of many of its members, including Michael’s mother, Mary Brunner. Valentine Michael Manson changed his name to Michael Brunner and dissociates himself from his father’s gloom and reputation. 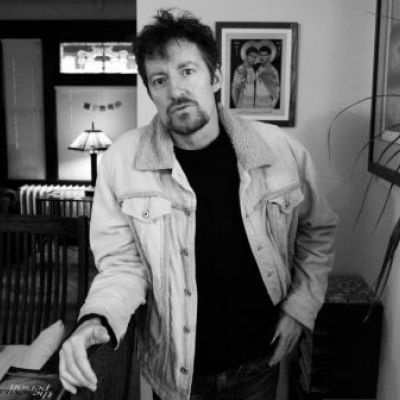 Read related articles:
–Adam Calhoun personal life, music career, and discography
–Millie Bobby Brown at 18 | 5 facts you likely didn’t know about the ‘Stranger Things’ star
–Who Is Jacqie Campos Married To? Everything On Her Husband, Age And Net Worth.

Like the rest of Charles Manson’s children, Valentine Michael Manson was not delivered in a hospital because the cult leader would insist that his wives give birth by themselves in the house. Michael Brunner’s mother gave birth to him in a dilapidated house in Topanga Canyon, surrounded by members of the Manson family. Manson allegedly used his teeth to detach the umbilical cord once Mary Brunner had put to birth. Shortly after Valentine Manson was born, his mother, Mary Brunner, and other housemates were jailed.

His grandparents raised him in Wisconsin. He schooled at Arlington Heights Elementary School.

Information about his career has not been disclosed and is still hidden.

Charles Manson was known as a criminal almost all his life, and he was initially often imprisoned for petty crimes. In 1967, shortly after his release from prison, he moved to San Francisco, California, where he could not get a job and had to beg to get by. He met library assistant Mary Brunner, who later became Valentine’s mother. His charm had won her over, and the two soon started living together.

Subsequently, Charles had convinced Mary that they should invite other people into their home, and he would drive around California asking people, primarily young women who were charmed by the prospect of the cooperative living and hippie lifestyle.

The group toured across the US Southwest, and eventually, Mary became pregnant. Charles disliked his family members going to the hospital, and Mary had to give birth to Valentine outside the hospital. He was born to the family when living in a decrepit house in Topanga Canyon. Valentine was just a few weeks old when the police found his mother and a group of naked ‘family members’ lying in a trough inside a bus; they were all arrested but later released. When the police found Valentine in deplorable conditions, they took him away from his mother and put him in the hands of a local hospital, where he would be taken care of. They charged his mother for contributing to the negligence of a minor.

His grandparents later adopted Valentine following his mother’s arrest. Once he was home, they changed his name from Valentine Michael Manson to Michael Brunner to cut his association with his father. In an interview, Valentine often referred to the act of his grandparents as a second chance for him and professed his love for his grandparents for helping him disassociate from his father and escape from the gloom brought by his father’s reputation.

Later on, Hinman, a music teacher who had refused to join the family and give them access to his resources, was reportedly murdered by some of the Manson family members. While reports seem uncertain, Manson was reportedly behind the entire thing. He later used his lark to try covering up his family’s actions. Shortly, more murders occurred, topping off in the murder of the pregnant actress Sharon Tate. After this, the police captured Charles, and the family went on a crime fling along with protests, in a bit to free him, or at the extremely least get him off the death sentence. Mary, Valentine’s mother, who was involved in a shootout in Hawthorne, California, amongst other criminals, was sentenced to life in jail.

Valentine Michael was, however, at that time distant from his parents when the series of murders occurred. His grandparents had a good upbringing, whom he grew to consider as his parents due to his consistent love. While sentenced to life imprisonment, Mary Brunner was later released on parole in the late 1970s thanks to her good behavior.

Since then, not much has been known about her, as she faded from public view after her release. Although she got reconnected with her child, in a rare interview with Valentine, He declared his relationship with his mother akin to siblings.

Soon, Valentine learned that he couldn’t avoid people as they would eventually discover his father’s true identity. This, in turn, led to a lot of bullying and frequent threats. Although, the authorities attempted to rectify the issue with a new identity.

How many children did Charles Manson have?

Nearing the 1990s, Valentine remains the only living son of Charles. Valentine Michael is married and has one child. Although due to his lack of any public/social appearance, facts about them remain unknown, except that he acknowledged how important it is to keep up as a family and take care of his child.

Charles Manson had two older children, both born from Manson family members. The oldest, Charles Jr., had reportedly committed suicide while on a vacation trip. He couldn’t take himself away from the actions his father committed throughout his life, mainly because he carried his father’s name.

As for Charles’ second son faded from public attention, however, records show that he perhaps must have passed on sometime in adulthood.

Seeing as an adult, he (Valentine) knew that he would never be too far from his father’s legacy, so he went on to approach the media so he could clear the air. In one of his last interviews and public appearances, he asserted that his grandparents were his real parents. He adopted a different name, refusing to be associated with Charles Manson. Additionally, he claimed to have destroyed any letters that Charles sent him from prison, but he remains near to his mother.

In 2017, Charles Manson passed away. His death was due to complications brought about by colon cancer. Following his death, at least three people came forward declaring that they had a copy of his last will. Valentine, however, did not participate in these events because he had no interest in anything that had to do with his biological father. Charles’ grandson, Jason Freeman, who happens to be the son of Charles’ eldest, Charles Jr., won custody over his body and estate.

Valentine is happily married to a woman and has a child. He has kept both his personal life and family away from social. As a result of his lack of public/colonial appearance, facts about them remain unknown, except that he acknowledged how important it is to keep up as a family and take care of his child.

Valentine’s actual profession is unknown to us; however, his net worth is approximately $100,000.

Michael Brunner currently lives at an undisclosed location in the rural Middle West with his family.

The untold story of Valentine Michael Manson, also known as Michael Brunner, famously known as the son to the head of a cult group called The Manson family, finally clears the air to the audience that believes he took part in his family’s criminal acts. After speaking at an interview where he declared his disassociation from his biological father, Valentine has since laid low and has not made any further appearances on social media.

Also, you may like to read our latest articles:
–10 home remedies that can help you get rid of bad breath
–Everything you need to Know about Nightbirde, the late singer-songwriter
–These are the songs getting me through this week.