Christian Jesus Gonzalez Nodal was born on 11 January 1999 in  Sonora, Mexico. He is a singer and a songwriter, and he also plays vocals, guitar, and piano. In 2017, Nodal released his first single album, Me Dejé Llevar, which received commendation and smash. He has won two Billboard Latin Music Awards, three Latin Grammy Awards, a Lo Nuestro Award, and a Latin American Music Award.

On a Saturday night, at the Dolby Theatre, with men in western shirts and women in denim skirts. The lights dimmed and phones in the crowd, a booming voice in Spanish announced the coming of a Regional Mexican music revolution.

Christian Nodal showed up in a black boy hat with a matching jacket and leather pants and performed excellently well. Below is all you need to know about his personal life, career, relationships, etc.

Christian Nodal was born and brought up in Sonora, Mexico. His family was nearly associated with music, which made him interested in singing from an early age, and he also learned how to play guitar, trumpet, and piano. At the age of fourteen (14), Nodal discovered his talent for composing songs, and when his parents, Silvia and Jaime, noticed it, they did not hesitate to support him. At that time, he was a student of the Muñoz Campus Carboca educational system.

As a teenager, Christian moved to Sinaloa, the port of Mazatlan, to begin his musical career. He was leveraging on small contracts he received from restaurants and bars but needed a fixed and stable source of income, so he had to secure a job in a seafood sale. After a while, he relocated to Baja, California, to the city of Ensenada, where he began High School again while he worked on music during weekends. 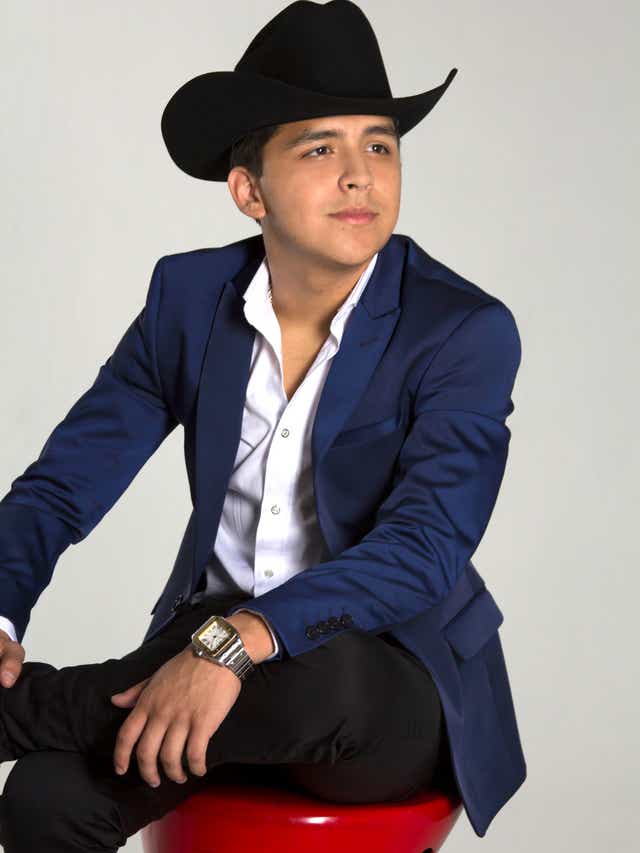 Christian said he started singing at the age of four and learned how to play guitar and piano independently.

He released Adios Amor in January 2017, which turned out to be a great accomplishment in Mexico and the United States. It emerged as number one on the Top 20 General Mexican Songs Chart and the Billboard Top Latin Songs Chart in the United States as number two. It also went beyond the borders to become an anthem supporting the Mexican National Team during the 2018 Russia World Cup. The song had more than 688 million views.

Christian, in June 2017, connected with the Spanish singer David Bisbal and released Probablemente. Bisbal then told Billboard that he liked what Christian was doing and saw it as an honour to be involved in the process at the early stages of his career.

Christian, in 2018 went along with the Mexican performer Pepe Aguilar on their equestrian-musical style journey named Jaripeo Sin Fronteras and his family; his brother Antonio Aguilar Jr. his daughter Angela Aguilar and his son Leonardo Aguila.

In August 2018, at age 17, Christian released his first single, Me Dejé Llevar. It beat music charts in Mexico and the United States. All thanks to Julión Alvarez, a famous Mexican Regional musician who sponsored it. Thom Jurek of Allmusic, a music critic, was excited about the album, and even said it was elegant.

Christian released his second studio album Ahora, in May 2019. It launched in the Top 10 of the Billboard Top Latin Albums chart in the United States. Christian then commenced a trip to promote the album. All in all, Christian has received three awards from eight nominations.

One of the songs that made Christain known on social media is Te Fallé, a song of his authorship. The piece revealed his style: a blend of regional Mexican music combined with the norteño and banda genres. The song also received positive criticism because it had good composition. Artists such as Ariel Camacho did not hesitate to be the first to give the go-ahead to Christian’s musical projects.

Christian Nodal engaged Belinda in Salvaje restaurant in Barcelona. Pictures on various social media platforms show that the proposal is romantic. Friends and fans have congratulated and wished them the best since after the engagement party.

Christian Nodal engaged Belinda in 2019, but the duo announced their split on their Instagram story a few months ago. He posted on his social media handle, “To all my fans and friends in media, I want to share that we’ve decided to end our engagement and our relationship as a couple, taking the best of each other with us.” However, his fans are heartbroken by the news, and he has asked his fans to respect their decision.

Christian Nodal’s current net worth is unavailable; However, he earns primarily from his career as a TV personality. We believe that through his hard work in the entertainment industry, he has accumulated good fortune but prefers to keep details about his finances private. However, we’ll update it as soon as this information is available. The world has a lot of talented musicians, and Christian Nodal is on the list. He is extraordinarily popular in Sonoro, Mexico, where he grew up. Nodal has made a name for himself in the entertainment industry and, despite his age, has achieved so much.