Cardi B and Penn Badgley’s newly formed friendship is proof that several unlikely celebrity friendships exist. You would never have guessed that these famous people are friends, good ones at that.

These unlikely celebrity friendships are more surprising than others, like Cardi B and Penn Badgley’s newly formed friendship. But if you think about any of them for long enough, they start to make sense.

Let’s learn about some of these unlikely friendships below.

Cardi B and Penn Badgley

The rapper and the Netflix You actor recently started interacting on Twitter after Cardi saw a video in which he praised her social media profiles, saying that she has “an authentic relationship” with these platforms.

In his words: “To me, it’s this incredibly nuanced place to be, and despite what many might judge as antics, I feel she has an incredibly authentic relationship to that, and I think that’s why people like her so much.“

And shortly after, a new friendship was formed, and it blossomed to using each other as profile pictures.

Responding to his clip, Cardi B commented: “OOOOMMFFFGGGGGG HE KNOWS ME !!! OMMMGGGG!!!!!!Yoooo like I’m famous famous.“ The 34-year-old actor saw her response could literally only say, “I—.” Then he went ahead and changed his Twitter avatar to a photo of a blue-haired Cardi B. She, too, changed her profile to an image of his You character, Joe Goldberg, where he creepily stares out the window.

Snoop Dogg and Martha Stewart is another celebrity friendship that we can tag “unlikely,” and their friendship started off in the most unusual way. Martha first invited Snoop onto The Martha Stewart Show back in 2008, and the two connected over a creamy bowl of spuds and a few vocabulary words that Martha had yet to learn.

Speaking about their friendship, Snoop Dogg says: “I love Martha—like, I love her for real. She’s the big sister I never had. Being able to correct me, to teach me, to show me how to be better, to give me something to aspire to be.“

And this is what Martha Stewart has to say: “I like his laid-back energy—I like his outspokenness, I like his sense of timing, and I really enjoy [watching] him cook.”

These lady bosses have an amazing friendship as they have thrown each other baby showers and bonded over eating churros. One wouldn’t expect that they would be as close as they are, seeing that they should be rivals in their fields.

Surprisingly, they met in the most natural place; a bathroom at a place called STKA. Speaking together about it, E! News recounts that Chrissy said told Kim: “I remember this because I was so nervous to meet you. I don’t know. I’d been watching. I knew all about you. I felt kind of like a weirdo… You made me feel so much better because we went to the bathroom, and you had me zip you up. [I was like] ‘Oh my gosh! She has Spanx on. She’s cool. She’s normal.’ Yeah, I remember that pretty well for some reason.“ 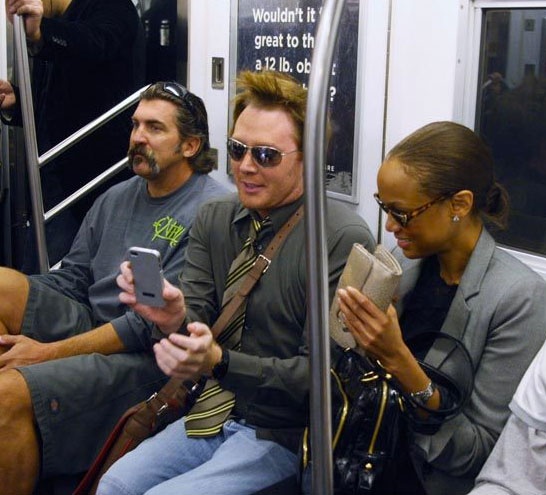 Clay Aiken has such good things to say about his supermodel BFF Tyra Banks to People as he stated that he loves her to death.

The American Idol runner-up and politician met the model on her talk show in 2006, and they’ve kept in touch ever since. He says: “For some reason, we just clicked when we first met, and we try to stay in touch and see each other whenever we’re in town.

50 Cent and Meryl Streep’s friendship is one very unlikely celebrity friendship. The duo has been spotted hanging out on the sidelines at basketball games, and this has rubbed some people the wrong way who think it isn’t cute but sad and disappointing.

This is because when the rapper’s history with domestic violence accusations and Meryl Streep’s apparent commitment to women’s rights is considered, they seem like parallel lines. So it is a little strange that they’d be hanging out together. That makes this the definition of an unlikely celebrity friendship.

Asides from those listed above, there are other unlikely celebrity friendships that we have seen, such as Rihanna and Katy Perry, Mindy Kaling and B.J. Novak, Harry Styles and Stevie Nicks, and so many more.

You may also like our latest articles, “You” series actor and others who hated their characters and Tiwa Savage & other celebrities whose leaked videos went viral.