Shang-Chi and the Legend of the Ten Rings reviews are pouring from all corners as first viewers are telling us if it is a good movie or not.

The movie is many firsts, and it must reach some level of achievement to be considered good. For example, it is integral in introducing the other movies in the MCU Phase 4 project. Additionally, as the first Asian superhero getting its standalone film, it could open the door for other heroes from that part of the world.

With its record-breaking opening weekend Box Office earnings of $71.4 million, it seems on the right path already.

“Shang-Chi and the Legend of the Ten Rings” could be a cultural resetter like the “Black Panther” movie was back in 2018. Thus, it is understandable that people are already giving their two cents about it just two days after it began its theatrical run.

We have gathered some of the most interesting “Shang-Chi and the Legend of the Ten Rings” reviews on the internet. After this article, you can surmise if it is worth watching or not. Although, we always advise our readers to do their own watching themselves as tastes differ. 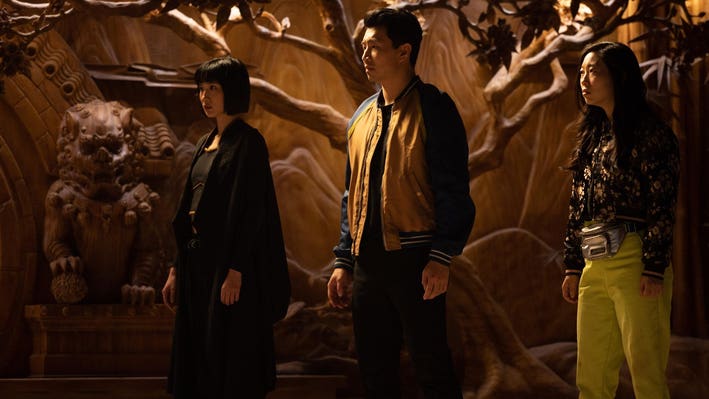 One fan of the movie cannot contain themselves concerning just how good Shang-Chi is, they tweeted:

Chilled Chaos, a Twitch streamer and YouTube content creator was one of the many who praised the fight scenes in the movie, he wrote:

Shang-Chi is really good. Like really really good. Marvel really needed another movie with good fighting choreography and it delivered

Professional wrestler, Evil Uno was taken in by the CGI. Meanwhile, a movie fanatic thinks that it has the best origin story, kudos to story writers Dave Callaham and Destin Daniel Cretton.

Another viewer had this to say:

Shang-Chi was great, some of the best cinematography and fight choreography I have seen out of the MCU recently. I just wish the film had better pacing because while I liked the characters and the jokes landed for me, there was way too much time spent on trying to be funny.

IGN’s review praised creating an “emotionally complex villain, a stellar cast with fantastic chemistry, and incredible action sequences.” The movie also has a 92% score on Rotten Tomatoes after 89 reviews, and The Wall Street Journal review of the film praises it for its completeness.

“”Shang-Chi and the Legend of the Ten Rings” is a breath of fresh air because it is—almost—a self-contained and original story. Research not required. Marvel cult membership optional,” the publication said.

Is it all good for Shang-Chi? Let’s see the negatives that some saw in the film.

GameSpot had a more balanced view of the Shang-Chi movie that is not all just praise-singing.

What did you think of Shang-Chi? Our full review: https://t.co/WVYSknGnkr pic.twitter.com/iyLAO6wNhX

Another viewer seemed to think that the movie could have done without the last fight scene.

Another person feels that the humour did not hit as the makers expected, resulting in as few laughs as possible.

Never have I laughed so little to an MCU movie. The humor in Shang-Chi is bad, bad, BAAAAADDDDD pic.twitter.com/i9WgbgLOb1

The New York Times also wrote, “besides one sensational fight sequence on a bus, the battles are poorly lit and filmed with such an over-excited eye that the intricacies of the choreography are lost,” writes our critic about Marvel’s “Shang-Chi and the Legend of the Ten Rings”.”

So there you have it, the reviews from some of the most notable sources and giving a balanced view of what to expect when you do see it. If you have seen “Shang-Chi and the Legend of the Ten Rings”, do you agree with most of these takes?

You may also like to read our latest articles, Camila Cabello “Cinderella” movie reviews and Beyonce, 40 and fabulous; see 5 facts about her and top songs.

1 thought on “Shang-Chi and the Legend of the Ten Rings reviews!”