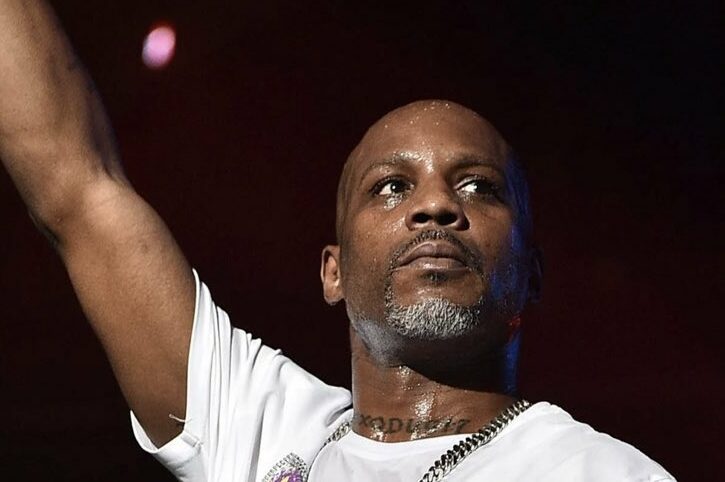 Hip hop lovers were thrown into mourning after the family of rapper Earl Simmons, popularly called DMX, confirmed that the rapper had passed. In his final moments, he was surrounded by family and friends. The announcement came a day after the family released a statement that Simmons will undergo a brain function test to determine their next step of keeping him connected to the live support machine or not.

Following the hours and days after he died, fans have been posting some of their favourite DMX songs, quotes and lyrics to honour the late “Party Up (Up in Here)” crooner. His colleagues have also paid homage to him.

Nigerian singer Peruzzi released his second studio album “Rum and Boogie” on Friday, 9 April 2021, featuring 20 tracks split in two. Per the tracklisting arrangement, 10 songs cater to the “Rum” aspect of the album while the others fall under the “Boogie” section.

The album “Rum and Boogie” is distributed by The Plug Entertainment, a music publishing, licensing, and distribution company owned by Asa Asika and Bizzle Osikoya. Peruzzi calls on Davido, Fireboy DML, Tiwa Savage, Don Jazzy, Phyno, Wande Coal, Boylexxy, Patoranking, and Set Up for the project. You can also see the complete list of producers credited on the album here.

Still, on new releases from the Nigerian music industry, Starboy CEO Wizkid has dropped the anticipated music video for his single “Essence” featuring Tems. The video garnered over 700,000 views within its first 20 hours on YouTube and has been topping social media trends’ charts for more than a day.

Nigerian film director Mildred Okwo made some interesting revelations concerning the controversy that Filmhouse caused when it prematurely removed “La Femme Anjola” from many of its outlets. In an interview, she revealed that Filmhouse had done the same type of thing when it also yanked off her 2015 film “Surulere” prematurely despite it topping popular charts.

She faults the government for allowing production companies to also own distribution companies. Okwo said the result was the monopoly that less powerful directors like herself will not benefit from. There was a glimmer of hope at the end of the interview, as she hinted that “La Femme Anjola” is coming to online streaming platforms soon.

Athletic shoemakers Nike won its lawsuit against MSCHF Product Studio to prevent the company from delivering the 666 Satan Shoes it manufactured to customers. The shoes were inspired by Lil Nas X “Montero” music video.

The lawsuit mandates MSCHF to repurchase and remove them from circulation as they infringed on Nike trademark rights. This order extends to Jesus Shoes, which MSCHF also distributed in 2019.

However, MSCHF representative David Bernstein said that the lawsuit only helped the company achieve its goal. This goal was to comment on the absurdity of the collaboration culture that some brands practised and the perniciousness of intolerance. He further claimed the company was not trying to make money but was striving for a higher artistic purpose which it achieved.

The biggest film streaming platform, Netflix and giant filmmakers Sony Pictures have reached a milestone deal. It will see Netflix start to distribute all Sony Pictures films from 2022 immediately after their cinemas run ends.

The agreement means that Netflix gets to add films like Uncharted, Morbius, Bullet Train & Where The Crawdads Sing to their original content. They also get to air future sequels to Venom, Jumanji, Bad Boys & Spider-Man: Into The Spider-Verse. You can read more on how both companies benefit from the deal in our blog post. Netflix also has a Kanye West documentary on the way, which it bought for an alleged $30 million.

This past week, two major entertainment scam news broke that rocked the industry. The first was about an upcoming Nigerian singer who uses the moniker Wisekid. According to the reports circulating, Wisekid made N30 million monthly for five consecutive months by releasing a copycat version of Wizkid’s “Made In Lagos” which he dubbed “Lasgidi Made”.

The second news was about Hollywood actor Zach Avery who was running a Ponzi Scheme to dupe investors. Avery claimed to be helping investors make a profit of 35% through his company 1inMM by buying them film rights and then reselling them to HBO and Netflix. It turned out that he had no business relationship with the two companies and was only paying older investors from newer investors funds. The FBI has picked up Avery, and the Securities and Exchange Commission (SEC) obtained an order to freeze his assets.

Forbes has officially named Kim Kardashian a billionaire after an April 2021 audit of her finances. The renowned magazine mentioned that her cosmetics line KKW Beauty and her SKIMS clothing brand played critical roles in her new status. She has stakes in real estate too.

Rihanna turns up for #StopAsianHate Rally

Barbadian-American singer and Fenty brand owner Rihanna was spotted among protesters in New York streets matching under the #StopAsianHate banner. She tried to hide her identity with a mask, hat, and sunglasses, but reporters still caught sight of her. The march was to protest violence against the Asian community thriving in the US and other parts of the world.

At the beginning of the week, Nigerian actor and singer Banky W shared the video of a touching testimony he and his wife, actress Adesua, gave. The couple revealed several facts that the public was not privy to, including the fact that they lost twin babies before eventually having their son, Haziah. You can read the full testimony on our website.

American rapper Kodak Black survived a murder attempt that left his bodyguard severely injured. The attack had happened outside a fast food joint in Florida, with the yet-to-be-identified assailants shooting from inside a car.