Ronnie Turner is an American actor well-known for his work in What’s Love Got to Do with It, a movie based on the life of his mother. He was born October 27, 1960, in Los Angeles, CA. Ronnie is the son of famous and renowned singer Tina Turner and musician Ike Turner. He is into music and was a bass guitarist in Manufactured Funk’s band.

Besides his irregular acting career, Turner also works as a real estate broker in Los Angeles, California. As a child, he mostly lived in Los Angeles, but he also spent a part of his early days in St. Louis, Missouri. He is an American.

Apart from these, he is also well educated. He went to Seaside High School and later attended Hartnell College, completing his higher education. 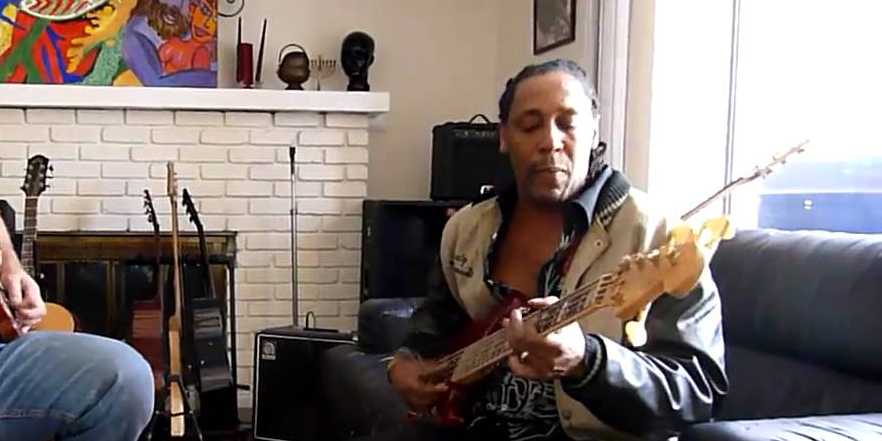 Tina Turner is an American, born singer, songwriter, and actress. She rose to fame in the early 1960s alongside her partner, Ike Turner. After separating from Ike in 1978, Tina embarked on a solo career.  Her debut solo album, Private Dancer (1984), won three Grammys and sold more than 20 million copies worldwide. See her story in full here:

Like most celebrity couples in the entertainment industry, Ronnie’s father and mother went through a painful divorce. According to Page Six, Tina and Ike married in 1962, just shortly after the birth of Ronnie.

But sadly, the relationship between the two turned sour. After being married for almost 15 years, Tina filed for divorce from Ike after a vehement argument in July 1976. Their divorce was concluded a couple of years later, in 1978. At that time, Ronnie was around 18 years of age.

Both Ike and Tina have been in different marital relationships since then. Ike, on his part, has been married five good times. He was first married to Bonnie Mae Wilson in 1953 and after their divorce in 1955, he married his second wife Lorraine Taylor, who he in turn divorced in 1979. Ike’s fourth marital relationship was with Jeanette Bazzell Turnel and their marriage lasted for six years.

His last marital relationship was with American singer Audrey Madison Turner. They got married in 2006 and were together until he died in 2007.

Ronnie’s mother, Tina Turner, after her divorce, got married to her second husband, Erwin Bach. Erwin Bach is a German music executive. He was born in Cologne, Germany. They married in 2013 and have been together since then.

Tina had her first son Craig Raymond when she was 18-years of age. Craig’s father was Raymond Hill, who played the saxophone in Ike Turner’s band, Kings of Rhythm. Craig mostly steered clear from the spotlight during his life, and he operated as a Real Estate Developer. Unfortunately, Craig committed suicide in July 2018 in his Studio City, California home at age 59.

Tina gave birth to her son Ronald also known as Ronnie, in October 1960. Ronnie was into music like his mom and dad. Ronnie also performed with his parents. Ronnie’s half-brother Ike, Jr. disclosed that he was married to the singer Afida Turner in an interview with Daily Mail in 2018. His half-brother said Ronnie spoke with him periodically.

Ike Turner had six children who were a product of his different marriages, but Tina only adopted two of his sons. The two sons she adopted were from his long-term relationship with Lorraine Taylor. His oldest son Ike Turner, Jr, was born in 1958. He followed his mom and dad’s footsteps by going into a music career.

Ike’s younger son from his relationship with Lorraine was Michael, born in 1960. Among Tina’s four children, the least is known about Michael. While Michael has kept himself out of the spotlight, it was disclosed that he and his brothers Ike and Ronnie were “shattered” because they were mostly left out of the 2021 HBOMax documentary.

Tina Turner, born in Tennessee, has lived quite her life at 81. She has sold nearly 200 million copies of her records and more tickets than any other solo performer in history. But amongst her successes, she was a survivor of terrible abuse from her ex-husband and partner in music, Ike Turner.

She retired in 2009, after her Tina! 50th Anniversary tour. In her words, “I was just tired of singing and making everybody happy,” she recalled to The New York Times.

Turner has had her fair share of biographies and memoirs. Still, her latest one from December 2020, Happiness Becomes You, is a personal piece inspired by her own experiences and religious faith.

“I dedicate this book to you…in honor of your unseen efforts to triumph over each problem life sends your way”, she wrote in honor of this book.

“By sharing how I overcame every obstacle life threw at me, even the seemingly impossible circumstances I faced, I hope this book will be a lighthouse for anyone who’s feeling down and in need of a boost,” she also told USA Today. Some people might be wondering if Tina Turner is still alive. Well, she is still alive.

Like all documentaries produced with the partnership of its subject, there are blind spots in Tina. Turner has struggled with health problems. She had a stroke in 2013, was later diagnosed with intestinal cancer in 2016, and had a kidney transplant – donated by her husband Bach in 2017. But none of that is mentioned in the documentary.

It is arguably one of the most noticeable and engrossing challenges Turner has faced in a life filled with them. She is a woman whose public persona is built around an energetic force of nature, who now must cope with another phase of life (old age). And yet, this is a subject Tina shies away from.

The documentary doesn’t talk much about the human race even though Turner moved from being an artist in the Black-dominated R&B to become a classic pop and rock star, popular with white audiences and living in Europe.

It’s a tremendous cross-cultural journey for a Black woman who spent most of her early years picking cotton with her family while growing up in rural Tennessee.

Near the end of HBO’s new documentary, Tina, the movie implies the renowned singer had made a decision: after this film comes out, Tina might just be done appearing in public and talking about her life. It’s a weird message, coming from a woman whose life’s story and experiences have inspired at least four books, an Oscar-nominated biopic, a Broadway musical, and, now, this new documentary.

“Some people say the life that I’ve lived and the performances I gave…the appreciation is lasting with the people, and I should be proud of that,” Turner says in an interview. “I am. But when do you stop being proud? How do you bow out slowly – go away?”

Tina’s husband, Erwin Bach, speaks more frankly in the film just moments later, “She said, ‘I’m going to America, and I’m going to say goodbye to my American fans, and I’ll wrap it up.’ I think this documentary and the [musical] – this is it. It’s a closure.”

After the surgery and release of Tina Turner’s documentary, she has stopped appearing on media. She primarily uses her social media page to promote new releases such as her documentary, book, and other news, plus a few throwbacks and photos with Erwin Bach here and there.

Tina Turner is an inspiration to every woman out there and the world at large. Despite her challenges and obstacles, ranging from a failed marriage to various health problems, she still lived a fulfilled life. She blessed the world and made people happy through her songs and books.

You may also like to read, How did Elon Musk son Nevada Alexander Musk die? and Jaden Newman Biography: height, boyfriend, career and more.