Robin Tunney is an American actress who has appeared in several movies and TV shows but is known for her roles in “The Mentalist” and “Prison Break”. She made her film debut in the 1992 comedy “Encino Man”, and since then, she has made huge strides in the film industry.

Thanks to her gifts, she is highly regarded in the film industry. She also seems to have hit a few personal milestones and is currently in a relationship with Nicky Marmet with whom she has two children.

However, there is a lot more to know about this gifted actress. She has won a number of awards for her exploits. Additionally, she got high praise for her acting from the now-disgraced movie producer, Harvey Weinstein. Robin Tunney had a pretty normal childhood. She was born on 19 June 1972 in Chicago, Illinois, to Patrick and Cathy Tunney.

When she was born, her father was a car salesman, and her mother was a bartender. She also has two siblings, but nothing is known about any member of her family beyond the fact that they exist.

Tunney is Irish-American as her father is originally from Ireland, while her mother is a first-generation Irish-American. More specifically, Tunney can trace her roots to Straide, County Mayo, in Ireland, and her maternal grandparents came from Clare Island.

In spite of the fact that, Tunney has such deep roots in Ireland, she actually grew up in Orland Park, a southwest suburb of Chicago, and spent most of her life in America.

She attended Saint Ignatius College Prep in Chicago, and then enrolled at the Chicago Academy for the Performing Arts in Chicago alongside her childhood friend, the actress, Lara Flynn Boyle.

During her time at the Chicago Academy for the Performing Arts, she performed in plays such as “Bus Stop” and “Agnes of God”. Essentially, Robin Tunney lived, worked, and sharpened her acting skills in Chicago for most of her early life until it was time to move to a new location in search of greener pastures.

When she was 18, Robin Tunney moved to Los Angeles to pursue her dreams to become an actress. Tunney suffered several disappointments early on in her career, but she remained committed to establishing herself as an artist. She remained optimistic and continued to try to find work where she could.

With her rich repertoire of acting roles in her native Chicago, she set out for Los Angeles, where she almost immediately found work in such films as 1992’s “Encino Man”. She proceeded to bag more roles in “Class of ’96”, “Law & Order”, “Dream On”, and “Life Goes On”. 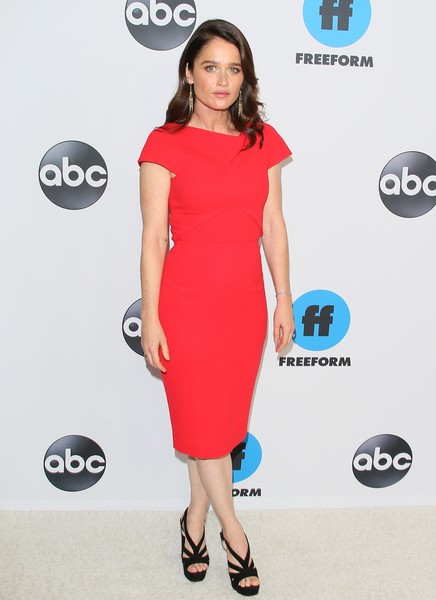 Many of these roles were either minor or recurring roles, but they eventually led Tunney to a role in the film “Empire Records”, in which she dazzled as a suicidal teen. This role helped her gain acclaim and helped her to gain her first lead role in the film “The Craft”.

She has said that people assume that she was part of the cast of the show “Charmed” because it is a rip-off of the film “The Craft”. “Charmed is a rip-off of The Craft. It was completely obvious to the point that people would think I was on ‘Charmed’ for years after,” the actress said.

Tunney also appeared in “Niagara, Niagara” and the 1999 supernatural action film “End of Days” opposite Arnold Schwarzenegger. She later bagged a guest role in the pilot episode of the TV series “House” before going on to star in “Prison Break”, where she played Veronica Donovan.

Tunney has also won a number of awards for her performances in several films and TV shows. She won the award for Best Fight at the 1997 MTV Movie Awards alongside her co-star Fairuza Balk for her role in “The Craft”.

She also won the award for Best Actress at the 1997 Volpi Cup Awards for “Niagara Niagara”. In 2006, she won the Festival Prize award at the Boston Film Festival for “Open Window” before going on to win the award for Best New Series at the People’s Choice Awards, alongside her “The Mentalist” co-stars.

She only appeared on this show for one season and has said that she felt like a huge liar when people would ask her about the role and she could not tell them that she would not be a part of it after season one.

“I was always brought up to say please and thank you and always tell the truth, and people were saying, “Oh my God, what’s going to happen with your character next year?’ and I wasn’t allowed to say, so I felt really guilty because I was lying to all these people, including my neighbors.

“You know, the character had its run, and I was really happy to be part of a show that was so successful and that people loved so much, but there was really nothing else for her to do,” she said.

In “Prison Break” Season 1, Tunney played Veronica Donovan, who was Lincoln Burrows’s friend as well as his lawyer. She attempted to clear his name but failed.

Tunney’s character was eventually killed in the show, and although her name was mentioned by some of the characters at different periods in the show, she never made another appearance beyond season 1 and the pilot episode of season 2.

Robin Tunney in The Mentalist

After her role in “Prison Break”, Tunney went on to star in “The Mentalist”, where she played the character of Teresa Lisbon and starred opposite Simon Baker. She has said that her favourite episode on “The Mentalist” was the one where she had to gamble as part of the film.

“I gotta tell you, I like to play the cards. I don’t have any time anymore like I used to. When I was unemployed sometimes I would be at the casino in the middle of the day. One of my favorite moments on the The Mentalist was when we did an episode we shot at a casino in Los Angeles.

“The [assistant director] came up to me and said, “Wait till you see the people in there. Total degenerate gamblers. It’s terrifying.” And I went to sit and play some hands at lunch and I knew like five people [laughs]. It’s fun. You have to be completely engaged. But it’s an incredibly chauvinist game. I played in it and didn’t think about the implications at the time,” she said. This role was one of Tunney’s main film efforts as she was cast in the main role. She remained a part of it for seven years until 2015, appearing in 151 episodes.

On 4 October 1995, Robin Tunney married film producer, director, and actor Bob Gosse. The two were married for over ten years and did not have any children together. In 2006, they got a divorce and went their separate ways.

In 2009, she got engaged to Australian writer and director Andrew Dominik, but their romance lasted only until 2010.

In July 2006, Tunney won $200,000 at Bravo’s Celebrity Poker Showdown, coming second to Jason Alexander. The money she won was donated to her favourite charity at the time, The Children’s Health Fund.

Like many other entertainment stars, the majority of Robin Tunney’s net worth comes from her work in films and TV shows. She has found major success in her work, appearing in the lead role in several TV shows, which must have brought in a lot of money. According to Celebrity Net Worth, Robin Tunney is worth 8 million dollars ($8 million).

She has also been making some investments. In 2019, she bought a Beverly Hills home with her partner that was designed by sculptor Morris Levine who lived there until he was 90.

There are many people interested in Robin Tunney nude images, likely because of her role in such films as “Supernova”, “Intimate Affairs”, and “Open Window”. As expected, the actress has delivered on many counts what her character needs to in order to properly execute her role.

Robin Tanney is a talented actress who made lemonade out of the lemons life handed her when she was injured and couldn’t pursue her dreams of playing basketball.

She has done well for herself in the world of entertainment, however, making appearances in films and TV shows that have afforded her the privilege to afford many of life’s luxuries.

Although Tanney has not managed to become a household name, she has done so well for herself in Hollywood that she receives acclaim for her performances in films.

You may also like to read our latest article, Bellamy Blake The 100 star, Bob Morley biography and interesting facts.