Born Lily Ki on 20 November 1991, LilyPichu is an American internet personality, musician, gamer and voice actress. She is a member of OfflineTV, an online social entertainment group of content creators.

The Twitch star has a following of over 2 million people and has hundreds of millions of views. She primarily posts gameplay videos and piano arrangements of anime and game music, along with original compositions and fandubs.

In today’s world, creativity is king, and creatives are its chieftains. Passion has never so easily translated to fame and profit as it is in current times. It is both intriguing and beautiful to see how limitless the options have become when it comes to career paths and professions.

Today, any and everything you can do and have passion for can be your stepping stone to stardom and success. The current and emerging generation, therefore, have so much freedom that they hardly ever tow the path of conventional professions. They engage in all sorts of endeavours and excel quite well. It is indeed a new world.

Who would have thought there will come a time when such a thing as “streamer” will be a line of work or livelihood? Who would have guessed that posting gameplay videos will one day become an actual gainful endeavour? They well and truly are making quite a kill!

Our focus in this article is none other than Lily Ki, popularly known as LilyPichu. A not so young Korean-American, who has made a name for herself by practically doing everything she loves and is skilled at, unconventional as they are. We will learn more about her life, her rise to fame, her art form, and then some. First, see these ten facts about Lili Ki or LilyPichu.

This is a question that gets asked a lot. Lily Ki has an unusual babyish look, and this makes her age a matter of debate. While by virtue of her looks, she will easily pass for a teenager, LilyPichu is actually in her late 20s. She is just a few months shy of age 30. Yes! She’s been around for three decades.

Lily was born on 20 November 1991 in California, USA. She was raised alongside her younger brother, Daniel, by their Korean immigrant parents. Not much is known about her parents.

She developed an early interest in singing and dancing, and at age four, her parents enrolled her on Piano classes. Lily, although, well behaved didn’t have a pleasant childhood. She was in fourth grade when she began to experience bullying in school. It dealt a blow to her self esteem.

In fact, she did not have many friends and would usually eat her lunch in the bathroom stall instead of with her peers. It is also noteworthy that her parents moved around a lot while she grew up, and this made it difficult for her to keep the few friends she managed to make.

When Lily was in middle school, her parents moved again, but fortunately, the kids in her new school were accommodating. For the first time, she was able to make many friends. She had, however, also already gotten used to being by herself and on the internet, where she had more friends than in real life.

Lily first opened a YouTube channel in 2006 but made no posts until June 2010 when she made a short skit titled “Rammus+Annie nyoro~n”. It featured two “League of Legends” characters, Rammus and Annie. By and large, her audience began to grow, the majority of them being anime enthusiasts.

Then, she began to post gameplay videos, and showed viewers her singing prowess. She made parody songs, covers and also came up with compositions of her own. Her 2011 song “I’ll Quit LoL” was her breakthrough effort. It was an instant hit and garnered over 8 million views. Today, she has a total of 2.8 million YouTube subscribers.

Lily joined Twitch, it being the ideal platform for streamers of live videos, and started her own channel. She mainly uses her account to upload gameplay and piano arrangements of anime and game music. She is also known for her original compositions and fandubs, as well as tl;dr lore videos. One of her most famous and viewed video is “Playing the Melodica while following random cosplayers.” The video was posted on 21 July 2017, and has gained over 15 million views.

Lily has a distinct voice too, which sounds like that of a typical anime girl character. She has compared her voice to Fluttershy’s, from ‘My Little Pony’’. As a voice actor, however, she has an impressive range. She can deepen the voice as much as she needs to when playing different characters. An example of this is seen in her cover of “Kyun Vampire Girl”.

She underwent jaw surgery in 2016 to develop her voice skills further. LilyPichu was quite open about the surgery, and she even shared a link to the full story with her Twitter fans.

OfflineTV is an online social entertainment group of content creators based in Los Angeles, California. They produce a wide range of content, from prank videos to vlogs to housemates playing games together. It was founded in 2017 by William “Scarra” Li, his manager at the time, Chris Chan, and Imane “Pokimane” Anys. Its creation came after a couple of failed attempts by Li to create a content house.

Speaking about the creation, Li said, “I think I just wanted to live with friends. That was the origin of it. I wanted to live with people and make cool stuff with other people. It was myself and my manager Chris who started this idea.” Lily joined Offline TV in 2017 and has remained a member ever since.

Born Imane Anys, Pokimane is a Canadian Internet personality, who is best known for her live streams on Twitch, broadcasting video game content, most notably in League of Legends and Fortnite. She is a member of OfflineTV. The 25-year-old is one of the most popular streamers in the world and has a massive following.

In January 2020, Pokimane was stunned, just like the other OfflineTV members, when her friend and housemate LilyPichu teamed up with renowned artist Stella Chuu and pulled off the perfect cosplay of her. Lily posted the picture to Twitter on January 23 with the caption, “I cosplayed as Poki today.”

Lily totally killed the Pokimane signature style and looked almost like her identical twin. She got everything right, down to the hand placement of Poki’s famous poses. The OfflineTV crew members were pleasantly surprised, and Cofounder William Li reacted by saying, “I’m on vacation but I had to f__ing tweet to say what the f__.” Pokimane herself was impressed by the creativity, and responded with an “I lost” comment.

Lily has also taken advantage of the business opportunity presented by her fame. She introduced LilyPichu merch to her fans in 2018, and her collection consists of classic attire, such as comfy hoodies called ‘stay comfy hoody’. 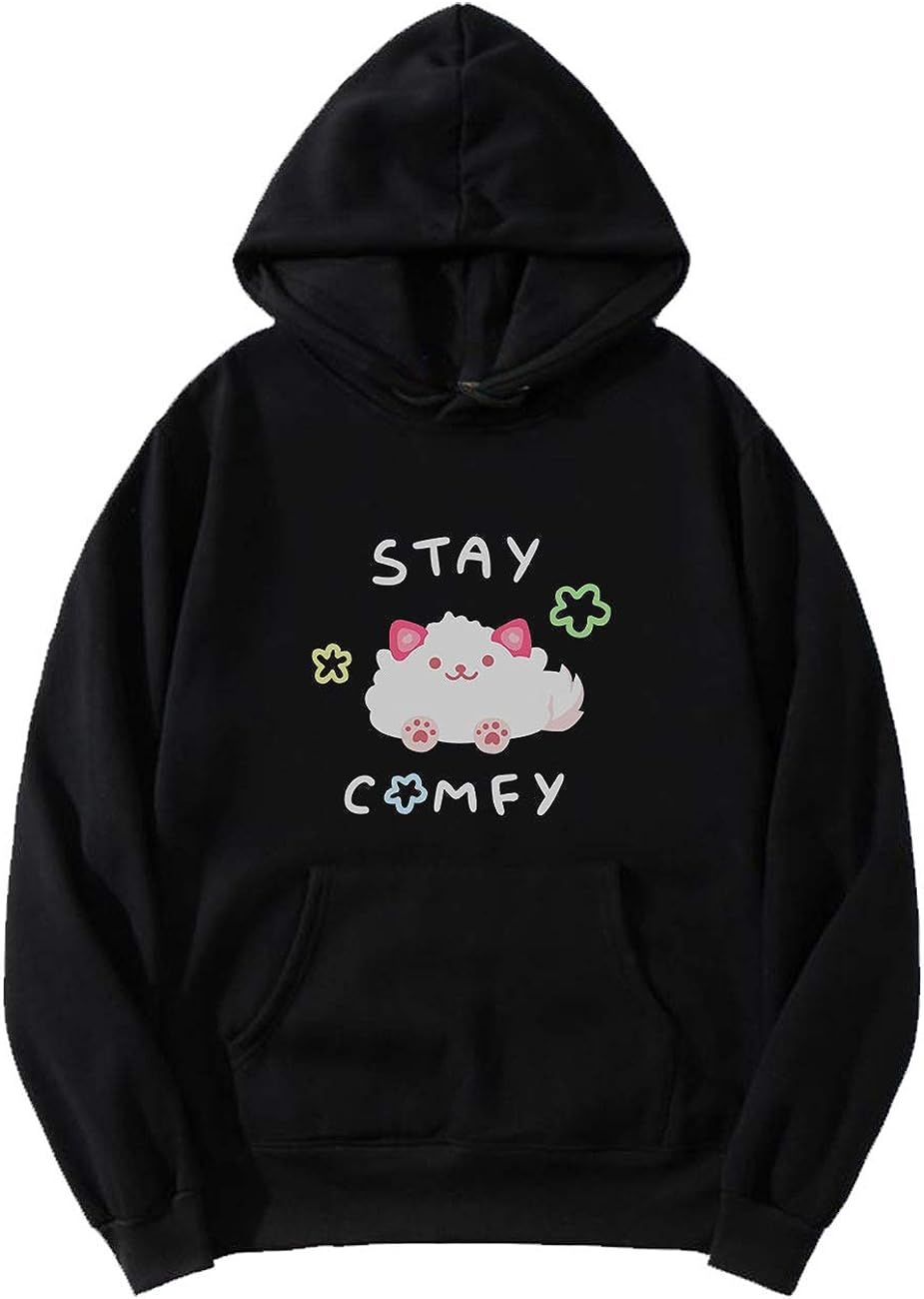 Lily dated former fellow OfflineTV mate Albert Chang for a while, between 2017 and 2019. They officially announced their relationship on the same day she joined OfflineTV. They looked like the ideal couple.

However, In 2019, fans began to speculate that something was going on between Albert and Twitch streamer Sarah Lee. The rumours gathered more fuel when Sarah accidentally posted a flirty Google Doc file that she shared with Albert. Other OfflineTV members soon went on a cryptic tweeting spree that all but confirmed the rumours.

Lily eventually confirmed the rumours in a tweet that read, “Albert and I aren’t together anymore. I apologize for all the subtweeting made by my friends. They were shocked and acted out. I didn’t know if I should share it/how to share this and was stressing out about it but at this point it doesn’t matter I’m too sick and tired.”

Before long, Albert broke his silence on the matter, and made a tweet where he apologized for cheating on Lily. “I’m sorry; I made the worst decision of my life. I chose to be unfaithful to Lily, and caused her an excruciating amount of pain. I’m incredibly sorry for my selfish behavior. I betrayed her trust and love for me, and for that, I don’t know if I’ll ever be able to atone for it,” he wrote.

She is now currently dating Michael Reeves, a streamer and content creator, and member of OfflineTV. She confirmed the relationship rumours during a stream in February of 2020. The couple share a lot of goofy pictures on their social media. They seem very happy together.

In high school, Lily had yet another rough patch, this time with her studies. Her grades weren’t as good as her parents desired, and they blamed it on her excessive stay on the internet. This situation also made her and her parents fight often, and she soon stopped caring about school altogether. Her grades got even worse. Depression set in, and she ultimately had to be on antidepressants.

One thing didn’t change though, her love for video games and anime continued. She combined that will her Piano skills, and it went a long way in helping her through the rough psychological patch. She would play video games and anime tunes on the piano, and that in some way, preserved her interest in the instrument. After high school, she attended a community college and did several off-the-wall jobs.

You may also like: Who is Kaitlyn Dever? – See facts about the actress, lifestyle, career, net worth and more

LilyPichu is estimated to currently worth $1 million. She makes money through her YouTube and Twitch channels, music, voice acting, and merchandise sales.

Lily is a multitalented woman who has successfully enhanced and applied all of her talents. She sings, creates anime, makes drawings, voice acts, and God knows what else. One won’t be amiss to think there is still so much to expect from her. The soon to be 30 years old has a bright future ahead of her, and if her antecedence is anything to go by, she is definitely going to make the best of everything she’s got. To that, we say, Attah girl!